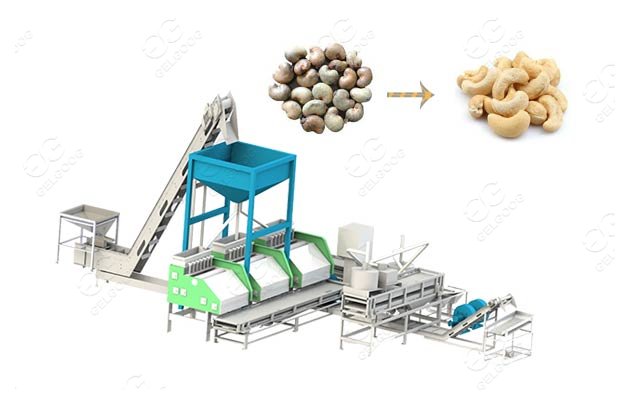 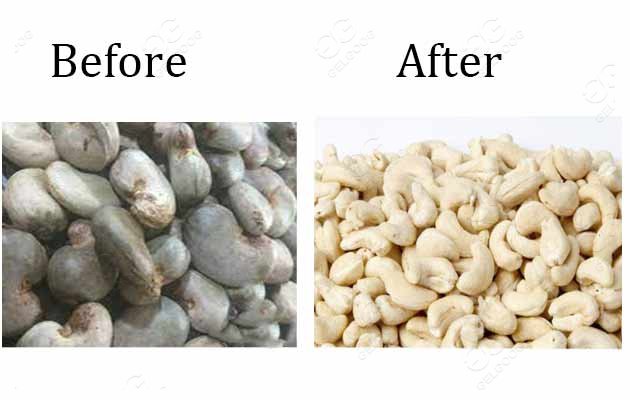 The cashew shelling processing plant is a complete solution of cashew nut grading, shelling and packaging etc. It can also be equipped with a roasting machine to make roasted cashew nuts, with capacity range 200kg/h to 1000kg/h. The final packaging can be vacuum pack, pouch pack, pre-made pouch pack, jar pack, etc.

★ Cashew boiling and drying: Boiling the cashew until the kernels and shells are separated, and dry the raw cashew nuts naturally.
★ Cashew grading: To grade cashew nuts by sizes. The main screening component is a rotating grading drum. Inside the grading cylinder, there are 4 different sieves from large to small.
★ Cashew Shelling: Manually operated mechanical shell opener, which consists of two blades. The raw cashew nuts are inserted between the blades, the operating lever is activated, and the operating lever drives the blades closer, squeezing the cashews, and the shells are split.
Kernel roasting: After the kernel is separated from the shell, the roasted kernel is dried to reduce the moisture content and loosen the adhered seed coat.
★ Cashew nuts peeling: Use artificial methods to remove the seed coat from the kernel, and the average output per person per working day is 9-10 kg.
★ High temperature sterilization: the nuts are sterilized by high temperature before packaging.
★ Cashew nuts packaging: Cashew nuts have the property of absorbing moisture from the air. Therefore, the oxygen and moisture permeability of the packaging must be low. Generally, vacuum packaging or carbon dioxide-filled packaging can be used. 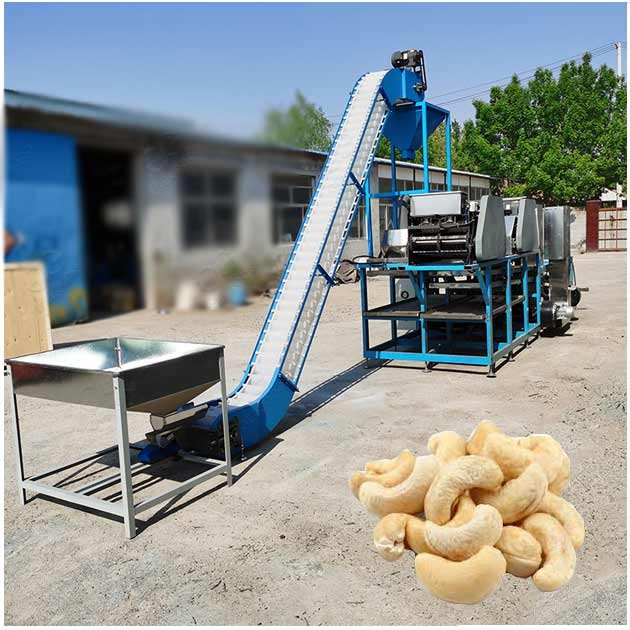